In the words of my previous “We’re alive!” post,

It’s been quite a while since the last time I posted on here.

And with that, I now get to usher in the second resurrection of this blog. Except this time IT’S FOR REAL.

“But Josh, you sounded so ready to get back to blogging last time! What happened?! And why can we trust you this time around?”

CALM DOWN IMAGINARY AUDIENCE — ONE SET OF COMPLETELY SCRIPTED QUESTIONS AT A TIME. PLUS ONLY IF THEY’RE BOLDED AND PUT IN A HEADER FORMAT TO DEMARCATE SECTIONS. SAVE THE REAL QUESTIONS FOR THE COMMENTS. SHEESH.

Why the second hiatus?

I mean, it really comes down to one simple fact: college theses tend to be all-consuming affairs. It’s ironic, really — everyone always tells you stories about how their thesis consumed their life, regardless whether they’re talking about their bachelor’s, master’s, or doctorate degrees. In fact, I don’t think I’ve talked to a single person who hasn’t told me that working on a thesis at some point becomes an all-consuming affair.

As you might imagine, being a research nut (but seriously – I’ve pretty much done astronomy research continuously since the end of high school) and an academic, I was pretty excited to do a senior research thesis. And, up until around March or so, it had been a fun experience that involved a lot of work but still left me time to do other things. But soon after I talked about getting back into blogging, work on my thesis ratcheted up, and I spent pretty much the entirety of March and April working on nothing but my thesis. While I never wrapped everything up I wanted to get done, I did finish a thesis, so if anyone’s interested in seeing more of that kind of stuff, you can grab a copy here.

Sometimes I feel giant railguns are the closest anime gets to astronomy.

“But that only explains two months! What happened to blogging and getting back into anime when you were done?”

JEEZ YOU GUYS ARE SO DEMANDING PLZ STAHP GIVING ME AN OPPORTUNITY TO TALK ABOUT MY BORING PERSONAL LIFE TO MAKE ME FEEL LIKE I’M VALUED BY SOME NEBULOUS SEMI-ANONYMOUS COMMUNITY.

The rest of the story is pretty simple. I spent the latter part of April and early May dealing with fallout from my thesis — catching up with all the work I had dropped in my other classes, last-minute college stuff, etc. Then I got really sick for about a week (like almost bedridden level of sick), played ~100 hours of The Witcher 3: Wild Hunt, graduated from college, moved out, moved into a new apartment with Rebecca for the summer, and began my new job working as a researcher! 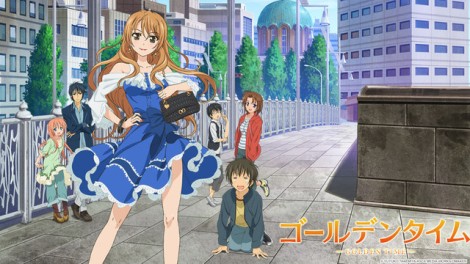 And that pretty much brings us to today.

“Wow, do you always make excuses that are this long-winded? Everybody who’s serious about something knows that you make time for the things you love.”

FINE YOU WIN IT’S TRUE IT’S ALL TRUE I WAS BUSY BUT DURING MY SCATTERED FREE TIME I DIDN’T WATCH ANIME READ ANY BLOG POSTS OR TRY AND WRITE ANYTHING AND INSTEAD PLAYED COPIOUS AMOUNTS OF VIDEO GAMES OR DID MORE RESEARCH I’M A HORRIBLE PERSON DON’T JUDGE ME I’M NOT BEHOLDEN TO YOU OR ANY OTHER AUDIENCE EVEN THOUGH I PUT UP THIS BLOG AS PUBLIC CONTENT AND FEEL AN OBLIGATION TO MY READERS AND ENJOY WRITING STUFF AND HAVE IDEAS I WANT TO SHARE BECAUSE I’M EGOTISTICAL AND A WORKAHOLIC BUT I’M TRYING TO GET BETTER BECAUSE MY DAD WORKED ALL THE TIME AND MY GREATEST FEAR IN LIFE IS THAT I BECOME HIM AND REBECCA’S BEEN NICE ABOUT IT BUT I’M TRYING TO GET BETTER GOD I SOUND LIKE AN ALCOHOLIC BUT NOW THAT I’M OUT OF SCHOOL AND AM NOT SUBJECTED TO DOING RESEARCH ON A REALLY SHORT CLOCK I FEEL LESS PRESSURE ABOUT TAKING TIME TO DO THIS AND ACHIEVING BETTER WORK-LIFE BALANCE BUZZWORD SO THAT’S THE REAL REASON WHY NOT THEN BUT NOW OKAY?!?!?!

Why should we trust that you’ll actually be blogging for real this time?

Well, as my half-crazed, likely disconcertingly emotionally vulnerable all caps answer above indicates, I’m getting pretty serious about blogging, especially now that I’m out of school. It’s starting to become that time of my life to decide where my priorities are, and when it came down to it, I really feel like anime — and participating in the anime community — were important to me and something I wanted to continue doing for the foreseeable future.

That said, there’s also another reason:

REBECCA AND I ARE GOING TO BE LIVING IN JAPAN NEXT YEAR!

THE WEEB IS STRONG WITH THIS ONE

Yes! It’s true! I’ll finally join the likes of Artemis and journey to the birthplace of anime! It should be a lot of fun — I’ll be doing (you probably guess it) astronomy research at the same institute I was at during my summer in Japan 2 years ago before returning to the US for grad school, while Rebecca will be teaching English full-time. She’s never been to Asia before, so it hopefully it’ll be a pretty exciting experience for her too.

Anyways, it’d be remiss if I didn’t blog about anime and such while I’m partying it up in Japan (maybe I’ll even participate in some anime pilgrimages!), so consider that good insurance that I’ll be around for a while.

Why the strange title?

“But Josh, I never asked about the title since you always pick ones that you think are DEEP AND MEANINGFUL but usually just sound stupid.”

I know — what a comeback.

Leading questions aside, the title actually does mean something. I intend to take this opportunity to officially drop all of my unfinished projects and start fresh on the blog.

Now this doesn’t mean I will necessarily ignore everything I’ve either explicitly promised or hinted that I would like to write about — many of the topics I’m interested in are related, so there’s a high chance I’ll return to them at some point in the future. But for now at least I’m dropping all of them so I can focus on putting out some new stuff I’ve been working over for quite a while and am pretty excited about.

I have quite the collection of unfinished posts, so as a small consolation to you guys (BUT MOSTLY MYSELF SINCE MY IDEAS ARE SO IMPORTANT AND YOU GUYS ARE UNBELIEVABLY PRIVILEGED TO HEAR THEM) I’m just going to summarize their general gist below:

Anyways, that’s that. Maybe I’ll turn this type of thing into a recurring event so I can air out ideas instead of letting them accumulate.

So is that finally the end? That was a really long post for such a simple announcement you know

NOW SHOWER ME WITH LOVE AND AFFECTION <3

*Addendum: Hey guys, Rebecca here to share my excuse…yea I have no excuse I’m pretty much just a bump on a log. Now wasn’t that nice and succinct ;)?

16 responses to “You Can (Not) Redo: Back to Blogging”