I am not too incredibly inundated in anime culture (which is why I feel a bit out of my depth on this blog sometimes XD), but since I am planning on heading to Anime Boston this year–hope to see some of you there!–I thought I’d try and tackle what I think the differences and causes of female vs male fandom in a brief post. Josh and his friend seem to already have plans for a trio costume…I think that’s the part I’m most afraid of. Anyway so let’s launch right into this since I’d like to keep this post somewhat short.

Josh has written much more analytical and academic posts on this subject, but I thought I’d keep it somewhat obvious and amusing since it’s much easier to read and write for the most part.

What girls ‘fan’ about in anime:

1. Cute, sensitive boys: we want a guy who is potential boyfriend material, someone who we can envision ourselves dating. This character is usually a childhood friend and it blossoms into a super sweet romance.

2. The perfect, brooding, sexy guy: Why do we swoon over this one? Do I really need to explain? I mean he’s probably got magical powers and he’s totally damaged, which means that we want to fix him and make him our loyal, devoted lover.

3. Cute animals: Um it’s adorable and we kind of want it for a pet, scratch that we absolutely want it to the point that if it actually existed we would beg someone, probably our super sexy, cute, perfect, brooding boyfriends, to buy it for us. 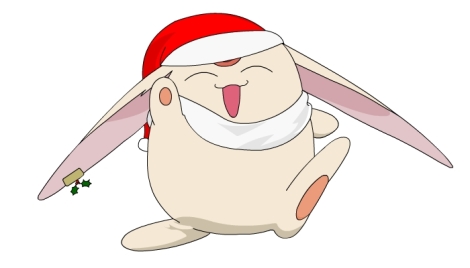 4. Shonen ai? Yaoi?-I don’t know what this one is actually referred to as because I’m not really a fan, but I think I can understand the mentality enough to include it on the list. The formula is simple 1 hot boy+another hot boy= 2 really hot boys all over each other doing things that are super hot. Something like that? You’d have to ask a true fan about this one, but I think I sort of get it.

What boys ‘fan’ about in anime:

*I’d like to note that this post is intended to be tongue in cheek and horrendously unfair to both genders.

(Josh’s quick insert comments: On the subject of an Anime Boston cosplay trio theme, my friend and I are currently trying to decide between something FMA [e.g. Roy, Riza, and Armstrong],  Kill la Kill [e.g. GamagOOOOoooori, Inamuta, and Jakazure], Magi [e.g. Morgiana, Alibaba, and Aladdin], or Zombie desu ka? [Ayumu, cross-dressing Haruka, Yuu]. At the moment, we’re slightly leaning towards the first two but are pretty much on the fence about all of them, so feel free to let us know what you think would be cool to see!)

12 responses to “The Twelve Days of Anime Day 10: Fangirling vs Fanboying”