ALL ABOARD THE IMOUTO EXPRESS.

I originally didn’t watch Date A Live as it was airing. I was pretty busy at the time, where the number of series I was following dropped from something like 22 to 12. I also found myself pressed for time at the beginning of the season, which meant that, for the first time, I forsook the 3-episode rule. (I have since abandoned it altogether, and feel better off for it, but at the time I thought I had died a little bit on the inside!)

Such was my terrible predicament. But then, lo and behold, Draggle posted a review of the series:

Our hero is awakened by his sister jumping on top of him in bed, and he spends the day flirting with cute girls at school. Then he learns that his sister commands a flying battleship and his love interest is a cyborg who fights aliens. He has to date all the aliens or they will destroy the world!

This premise sounds completely retarded at first glance. But I enjoyed it immensely. It’s quite funny as a parody of dating sims. The crew of the ship will get some choices, as in a visual novel, and the main character will execute the one they vote on. Usually it’s blindingly obvious but they’ll debate it anyway. Sometimes all the choices are idiotic. There are tons of other ridiculous things going on, like an NGE-style town transformation where all the food stalls are actually missile launchers.

As you can imagine, as soon as I read this, I slapped myself on the forehand, downloaded the series, and marathoned it over the course of a few days along with Btooom! and Hyakka Ryouran Samurai Bride (because I missed those when they were airing as well–what a n00b and clearly best taste). And I gotta say: Date A Live was well worth it. I was pretty entertained by much of the premise (although, like Draggle, Tohka did grind on me after a while too), and finished up the show without too much ado.

For some reason though, a small part of me was bothered by what I had watched. After thinking about it for a while, I finally managed to pin my finger on it: I was put off by the explicitly “fake” nature of the “romance” in the show. I somehow felt that the whole choice paradigm had made things…hollow, in a sense.

Which makes absolutely no sense. Harem shows, visual novels, and all the other things in Japan’s “media mix” employ routine and recognizable tropes that work precisely because they’re incredibly scripted. In fact, they frequently are great because they’re so predictable, cliched, and recognizable. And half the stuff I post on here is about reveling in them! The only thing the show had done was bring the process to the surface and draw this facet of dating sims and other similar media out as a central element. In fact, this core premise is the reason the show works as well as it does (and is so ridiculous)! So I was a little bit disconcerted: had I deluded myself all this time into thinking that, if a show didn’t deliberately state the very obvious choices and cliches they chose to implement in romantic encounters, that somehow that was more “romantic” than when they did? That, if I was playing a dating sim, the “constructed” nature of the romance was somehow “genuine”, while in an anime it wasn’t?

Small digression: At some point during Azuma’s Otaku: Japan’s Database Animals, there’s a small discussion within the larger context of his “dataabase” theory about visual novels, explicitly eroge. In it, he essentially claims (correctly) that Air just drew off a bunch of tropes, that simply seeing all those tropes triggers emotional responses in otaku, and that otaku are able to simultaneously fool themselves into temporarily “believing” romantic themes such as “true love” and “destiny” even while the eroge in question has multiple “routes” and a bunch of flags triggered by conversation choices. I remember first getting really pissed at him claiming Air was really just a bunch of recycled tropes that we (otaku) had bought into, since that was one of the first dramas I’d watched and I was particularly fond of it. But, after much raging, I realized he was right (and was also shocked how strongly I reacted to his claim, which also convinced me he was right). But the most important part was his secondary point, which I quickly noted and tried to commit to memory, since it really gets to the heart of much of otaku culture. Obviously, I hadn’t really done a good job, considering that this realization I had in response to Date A Live parallels the one that Azuma hit on (and that I had read) a while back.

I haven’t seen this before. 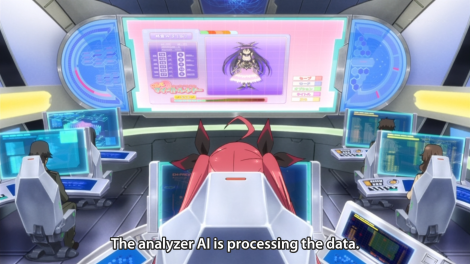 After some more thinking, I realized this wasn’t the full picture–the problems I had ran far deeper than that. My problem was with the concept of “romance” itself.

What is romance, exactly? And what does it mean to be romantic? I realized that I never had really asked (or answered) that question, and that, most likely, it didn’t actually deserve a rigorous answer. The loose answer I settled on was something like “a created atmosphere of love, feelings, and emotions between people who likely care for each other”, linked it to a bunch of movies I’d seen and books I’d read (because those, to be honest, serve as the anchors/priors to what I consider romantic), and tried to call it a day.

But that wasn’t it. I realized I was missing an element in what I pictured as romantic, based on the ways that they were portrayed in film and general media: naturalness. The environment had to be natural, spontaneous, an outgrowth of the current situation. You couldn’t make the atmosphere romantic–it had to become romantic on its own accord. If you tried to make something romantic, it would then be a hollow shell of what I could be, a deception, a lie, a social construction. It would lose its romantic meaning to you, because you would be aware of what you did to make the situation romantic for the other party. 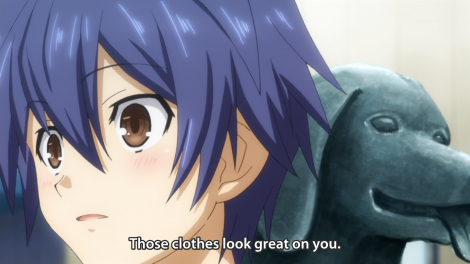 But this, obviously, is a huge problem, especially for someone who watches and reads as much anime, movies, books, what have you, as I (and probably many of you) do. Because then you recognize the tropes, the cliches, the “flags” that make a situation romantic. And what you inherently find romantic is predicated on these same flags, by construction. So you’re kinda in a Catch-22. This, I realized, was the reason that in my own relationship (we’ll actually be having our 1st-year anniversary soon!) I am a sort of anti-romantic–generally, I have tended to be either not romantic at all, or romantic in a meta-but-not-cynical way that would frequently “break” the romantic mood. I was a little bit disheartened after this realization, since I thought then that my understanding of what was romantic meant that I had robbed myself of the opportunity to experience “real” romance.

Fast forward about two months, to the middle of August. My time in Japan was winding down, and one of my friends from high school had come to visit me in Japan. (We actually travelled around China and Japan for about 2 weeks both our fathers, doing a cool father-son thing, which was really cool. Plus I got an opportunity to see my mom’s side of the family again, and to try blogging about it.) During one of our last days touring Kyoto, we ended up climbing Enryakuji, the temple that Oda Nobunaga burned down during the Japan’s Warring States (Sengoku) Era in his drive towards unification.

A small portion of the sprawling mountain-top temple complex.

As often happened during the long walks on our trip, my friend and I got around to talking about anime. For some reason, Date A Live entered the conversation and, during our discussion of the show, we got around to talking about dating in real life and romance in general. I essentially bemoaned what I perceived to be the paradox that the show seemed to highlight for me, and that romance would forevermore feel “unnatural” and “false” to me.

His response was perfect: “But isn’t all romance that way? I mean, if you’re choosing what to say in order to be romantic, then doesn’t that mean you care?”

Although it seems blindingly obvious to me now, that one phrase actually was a revelation. There was nothing wrong with romance being spontaneous or premeditated. Romance is–and will always be–a little bit of both. On the whole, romance is somewhat of a delusion, where people self-knowingly dupe themselves and others to create a situation where they try and show that they care. It’s a perfect example of bad faith. Essentially, however, what this boils down to was the realization that the only thing holding a situation back from being romantic was my own standards for romantic being untenable, and that there was no reason I had to abide by them because they clearly were impossible in the first place.

After recovering from this shock, I weakly thanked him for helping me realize how stupid I was. He laughed and told me I was an idiot so it wasn’t a problem at all.

And that’s why we’re best friends :)

And thus, we have the best of all possible ends.