Like everyone else cool on the anisphere (look at that peer pressure), I’m watching Kill la Kill  this season. So I thought I’d chip in my two cents on some stuff in episode 2.

I also wanted to showcase my newfound discovery of the joy of screenshots instead of Google image search! 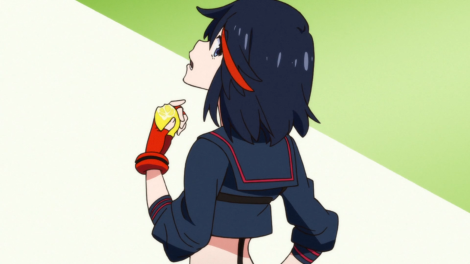 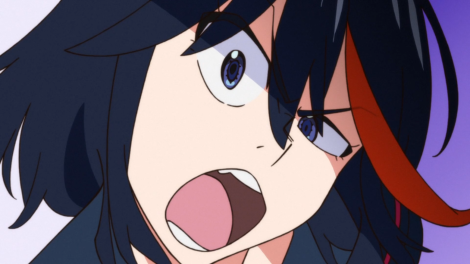 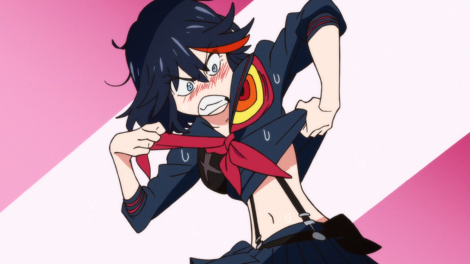 First, we have this bit on school uniforms as the backstory for the Goku uniform and Lady Satsuki’s quest to take over Japan and “rule over the pigs in human clothing”. It’s actually a pretty interesting tidbit, all of it true, about the origins of Japan’s current school uniform style. Kill la Kill is interesting, however, in how it uses this history: as sort of a “back to its roots very skewed and selective reinterpretation” thing. 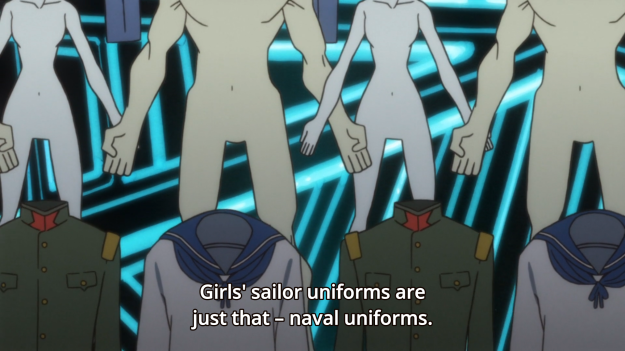 Because nowadays, the school uniform (especially for girls) has been completely rebranded – as a icon of purity, of nostalgia, and – most importantly – as the root of a fetish that dominates anime, manga, and the whole shebang in general. 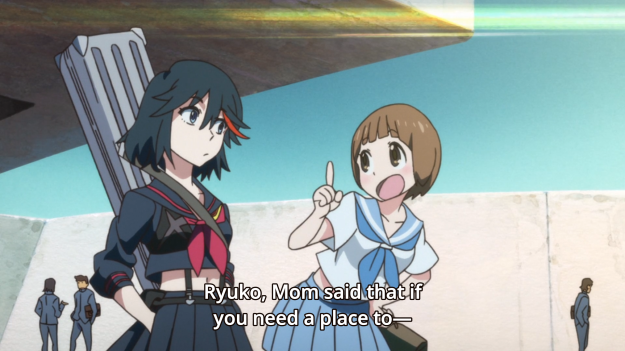 The cool thing about the show also is that not only does it pull this “militarist” card for a cool backstory (and in doing so follow the tradition of quite a few shounen that tend to selectively reinterpret history; Samurai Champloo does a fantastic deconstruction of this), but at the same time capitalizes on the whole seifuku fetish for fanservice. And pulls it doesn’t pull it’s punches on either end, which adds to the parody/absurdism/awesomeness. 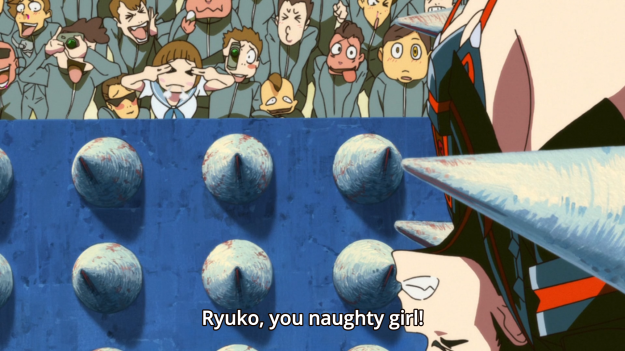 Having both the real fans (us) and the “fans” (in the show) take part in the fanservice is also pretty slick. 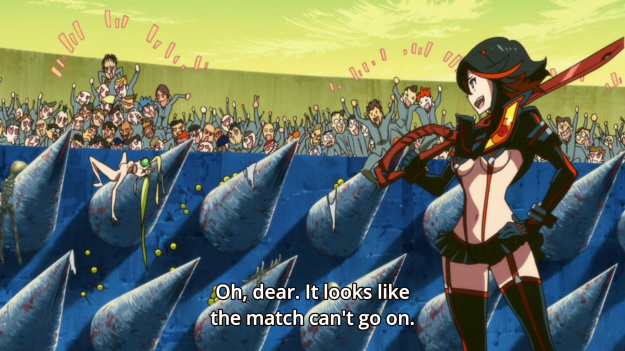 As was the “making fun of fanservice and itself and anime” obligatory upskirt scene.

On another note, Kill La Kill is also not the only show that has rebranded history this season. Samurai Flamenco does some of this too, and in a very positive way I think.

Second, we end up with the “in your face but so obvious you might’ve missed it” social critique of education and the Japanese “system” (how ubiquitous are exam rankings in high school-based anime?) and/or Japanese society at large, if not global society. By establishing a system where your family gets better living conditions simply based on your position in school, KLK is pretty much directly calling out the way that education in Japan works. It also provides a nice contrast to what many people will think of as something not only obvious but “right” – that education leads to a better life for both you and hopefully your family, both present and future. I thought that was pretty clever. 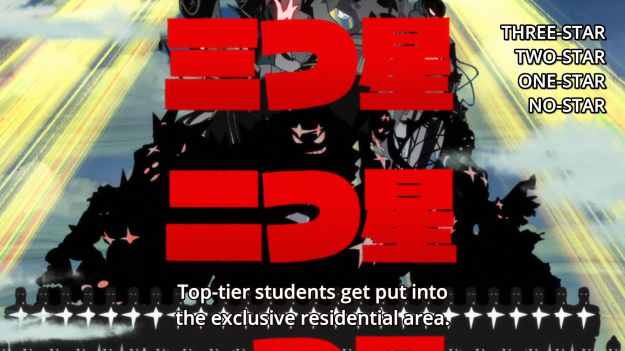 Also, in case anyone missed it, here’s a picture of two cats having sex.

6 responses to “Back on the Envelope: Kill La Kill Episode 2”